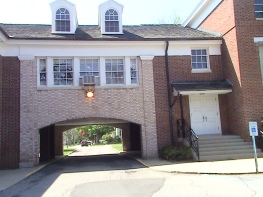 I’m thinking about church, which is ordinary for me. I’m thinking that some of the things that are true for businesses and communities are also true for churches. So think about this: 2016 was another year of bad news for brick-and-mortar businesses, as the percent of business going to online shopping went up yet again. We live in a town with more brick and mortar than we currently know how to use, because we have half the people we used to have.

The same goes for churches. The vast majority of churches in Albion were built in an era when most people went to church every week. Nowadays, not only are there half as many people in town, but a lower percent of those go to church, and most of those folks go much less often than they used to. It’s hard to justify all the bricks and mortar, but here we are with huge piles of it standing around.

That said, let me put in a good word for church buildings. You can translate it to other kinds of buildings if you want. It seems as though the alternatives to “going to church” are not really working very well. There are things we need that are just better when we are physically together in one place.

First is that community thing. There’s no substitute for actually being in the presence of people who know you and are delighted to see you, who give you a sense of belonging, and who check up on you when you’re not there. Ask a regular church-goer what they value about it, and that community thing will probably be at the top of the list. Ask someone else what seems to be missing in most of our modern lives, and the same community thing will likely be at the top of the list. Hm. Could it be that actually getting together in one place together every week could be one of the most effective answers to that pervasive sense of disconnect that swallows us up so often?

Second is what I’ll call quality control. Facebook and Reddit are proof that there’s plenty of bad information, and theological claptrap, out there begging for our attention. It keeps rising to the top because it comes with pretty pictures and Hallmark-style sentiment, but plenty of it is damaging simply because it replaces genuine content with vacuous nonsense. By the same token, there are plenty of wealthy preachers around America who can smile a big smile, put on a good show, and then present untruths and half-truths as truth. They not accountable to anyone, and especially not to the broad and deep Christian tradition, to the wisdom of Jesus, or to the difficult words of Scripture. Where’s the quality control department? Admittedly, we can say the same about plenty of brick-and-mortar churches, if the people who attend don’t hold their pastors and teachers accountable for the truth. But the fact remains that if you want to get a good grasp on the ancient messages of Jesus, the best way is to attend a church where 1) the pastor preaches week after week on a variety of topics connected to Scripture, and 2) the pastor has had to prove himself or herself to a group of other pastors who have approved the pastor’s competence to represent our incredibly deep and rich tradition. 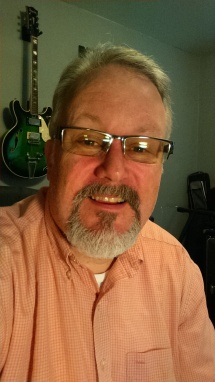 Yes, I’m giving you the old line: “Go to church!” I’m not telling you this out of some antiquated moral obligation. I am, in the words of parents everywhere, telling you this for your own good. It will help make you both happier and wiser. Sometimes the old line is right. Our bricks and mortar are at 600 East Michigan Avenue in Albion. Worship is at 10 on Sundays.